FEMALE SEXUAL DYSFUNCTION: Persistent, recurrent problems with sexual response, desire, orgasm or pain — that distress you or strain your relationship with your partner — are known medically as sexual dysfunction. Sexual dysfunction has many possible symptoms/causes, formulas and treatments vary. It’s important to understand the woman’s normal sexual response. Also, her goals for her sex life are important when choosing a treatment and evaluating whether or not it’s working. Effective treatment for sexual dysfunction often requires addressing any underlying medical conditions or hormonal changes.

FEMALE SEXUAL AROUSAL DISORDER (FSAD): is characterized primarily by an inability to attain and maintain sufficient sexual arousal that causes distress or interpersonal difficulty. It is the female counterpart to ED in men. Symptoms vary depending on what type of sexual dysfunction you’re experiencing:

-Low Sexual Desire: This most common of female sexual dysfunctions involves a lack of sexual interest and willingness to be sexual.

-Sexual Arousal Disorder: Your desire for sex might be intact, but you have difficulty with arousal or are unable to become aroused or maintain arousal during sexual activity.

-Orgasmic Disorder: You have persistent or recurrent difficulty in achieving orgasm after sufficient sexual arousal and ongoing stimulation.

-Sexual Pain Disorder: You have pain associated with sexual stimulation or vaginal contact.

Depending on your symptoms our medical providers may prescribe the following:

Oxytocin: A powerful “bonding/love” hormone that acts as a neurotransmitter in the brain, influences behaviors empathy, generosity, and orgasm. Oxytocin levels increase naturally with hugging and kissing. It is taken as a nasal spray.

Aminophylline: A vasodilator used to dilate (open) blood vessels, which allows blood to flow more easily. It is applied to clitoris as a cream.

Arginine HCl: An amino acid with a hydrogen chloride molecule, used to increase oxygen delivery and blood flow during sexual activity. It is applied to clitoris as a cream.

Ergoloid Mesylate: A combination of several drugs used to treat some mood, behavior, or other problems that may be due to changes in the brain, helps improve cognitive function. It is applied to clitoris as a cream

Pentoxifylline: A vasodilator that works by improving the flow of blood through blood vessels. It is applied to clitoris as a cream.

Sildenafil: A PDE5 inhibitor that studies show to increase local blood flow to clitoris/genital tissue, improved genital response and overall sexual experience. It can be taken as a capsule or a rapidly disintegrating tablet.

Call Azani Medical Spa in Bethlehem PA at 610-625-3000 to schedule your consultation with our medical providers to get started on your road to better sexual health. Click here to request your appointment. 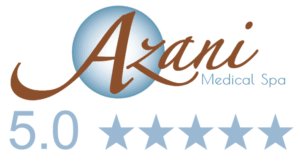